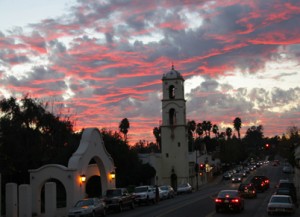 This year, we are organizing a series on Transition to Organics, held at Meditation Mount, inviting the growers and all who are interested in the Ojai Valley to participate.

Please join our email list to be notified of upcoming meetings in this series.

Maxina’s research focuses on the health effects of Toxic Injuries, and making toxicological information about chemicals accessible to all.

Don’t Spray California is a grassroots collective involved in active resistance, and advocating safe alternatives, to both government and industry pesticide programs, as well as exposing the systemic causes and funding mechanisms that keep such programs in place.

Movie: Trade Secrets, A Moyers Report
In this report, Bill Moyers draws on industry documents and interviews with historians, scientists, and public health professionals who explore the effects of chemicals on the public’s health and safety. (Movie showing at 5:30pm.)

Fresh ~ the movie
celebrates the farmers, thinkers and business people across America who are re-inventing our food system. It is a call to action, inspiring us to create positive change as part of a new movement to better our food system, bring about a new vision, a new reality, a new paradigm, one that works for everyone.

Join us for this evening of food goodies, literature, conversation … and more …

Speaker: Estelle Foster, Executive Director of Pesticide Awareness and Alternative Coalition, will speak about her inspirational work in getting over 40 parks to go pesticide free in Santa Barbara.