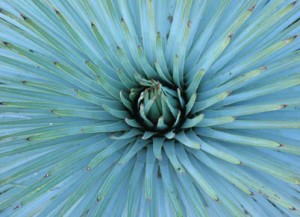 We only have until July 22nd to comment on the Upper San Antonio Creek Watershed Giant Reed Removal Project.  The County intends to use a mixture of glyphosate and surfactant to eradicate the arundo. (Please see info copied below.)

Please come to the Ventura County Board of Supervisors meeting Tuesday morning, July 14th at 8:30am. Arrive at 8:20am to sign up to speak during the public comment period.

In my comments at the meeting, I will focus on community support for manual removal and getting the community involved (perhaps Thatcher School and youth groups).  I will mention the city project headed up by Brian Holly to manually remove the non-native plants in Libbey Park in the creek area.  We as a community support non-toxic methods.  I will also mention the negative health impacts of glyphosate and surfactant.

Contact Ventura County to voice your objections to the Dipel spraying against the Gypsy Moths.

If you have been exposed to pesticide drift from the spraying, document and report your illness immediately to the County Agricultural Commissioner’s Office. The CAC is required to send a staff person out to investigate.

Write letters to the editors of the Ojai Valley News, the Ventura County Star and the VC Reporte voicing your concerns and opposition to the use of toxins in your community, including our watershed

PEACEFUL RALLY AGAINST DIPEL SPRAYING FOR GYPSY MOTHS
Monday, March 9 at 7:30 am. Please join us!
At the “Y” (near Vons, intersection of 150 and 33). Signs are welcome.

State Assemblywoman Fiona Ma introduced AB977 to overturn the state law that prohibits local control over pesticide use. The bill will be heard by the State Senate Environemntal Quality Committee on Monday August 4. We need to ensure the bill stays in the committee and does not get referred to the Senate Ag committee where it would be certain to face instant death. Please send letters of endorsement for the bill to the Environmental Quality Committee by Thursday July 31.